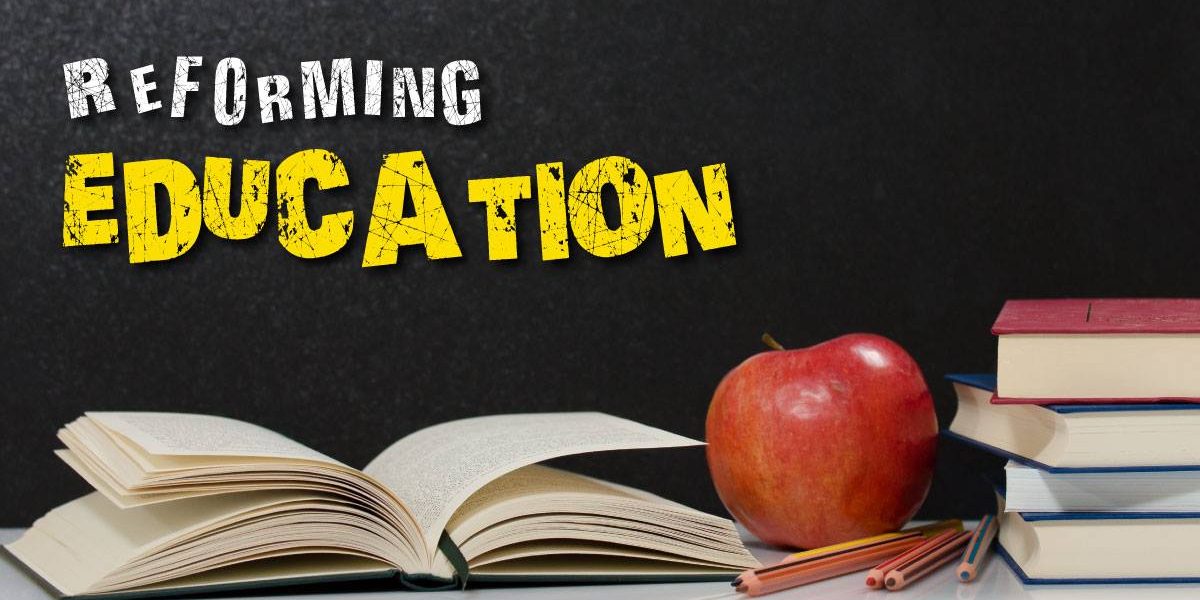 The American Educational-Industrial System called Public Schools is so broken it almost cannot be fixed. But, if someone were to try reforming education, here is the route that should be taken.

First, I should note that the problem may not be seen in individual teachers, school administrators, or even school districts. The problem is systemic and industry-wide. If you measure the value of the System by considering the value of your teacher or personal experience, you will miss the point altogether. If you miss the point altogether, you inadvertently foster the System that is killing American thought.

The problem with the government Educational-Industrial System is twofold, and any strategy at reforming education will need to address both problems. First, it is only marginally good at teaching the fundamentals of knowledge, and this marginal goodness is a mean average, which means that a few districts that are strong in teaching fundamental knowledge are propping up the thousands of schools and districts that are well below the standards needed for a functioning society. The facts just don’t lie on this one: American schoolchildren don’t fare well in comparison with worldwide students. According to The Atlantic, the Public School system spends $115,000 PER STUDENT and is “…is mediocre compared to the rest of the world.”

If the expensive experiment was working, maybe we would overlook some of the issues. But the facts say that our government schools are failing where they need to succeed.

The second (and bigger) problem with the System is that it is ideologically driven with the zeal of a fundamentalist Baptist preacher at a sinner’s crusade. The drive to indoctrinate the System’s ideology takes priority over the mandate to educate children. What is the ideological drive?

Until the System is reformed, I recommend that the family that holds to Judeo-Christian values remove their children from the indoctrination industry.

How to Reform the Educational System

The early childhood education program in America is an abject failure and is foundational to the ideological agenda of the System. Early childhood education is an indoctrination and entrapment program for the youngest minds. And if it’s a success, I’d hate to see a failure. The concept behind the program is that Government can raise the child better than the family unit. Every socialist knows that Moms, Dads, and Grandparents are a fundamental problem on the road to socialism. The way to fix this is to get these “enemies of the agenda” to turn their little children over to the Government for early childhood indoctrination.

I am convinced that any child would do better in their overall education by spending the first five to six years at home. Given the choice, I would rather take the billions of dollars spent on early childhood indoctrination and spend those dollars to assist stay-at-home care.

Grammar school was a term that was eradicated when John Dewey totally remodeled education and removed all vestiges of classical education. In grammar school, children were taught facts and expected to be able to recite them. The fundamental purpose was to fill the mind with facts. And grammar school today (regardless of what we call it) should focus on facts…

If we laid this foundation in grammar school, we would then be able to teach logic and rhetoric so that we would, once again, produce the greatest thinkers and idea-generators in the world.

The Challenge of Reforming Education is Great

The Government Educational-Industrial System is going to sap every degree of American exceptionalism that has been earned over the past 200 years. If we want to continue to be the greatest force for good, the greatest economic engine for the poor, the greatest bastion of personal liberties in the world, we need a System-wide reform.

Dr. Randy White is the founder of the John Nelson Darby Academy, an online academy for grades 3-12. Learn more about our approach to education at www.jndarbyacademy.org. Dr. White can be contacted by email at randy@jndarbyacademy.org.