Who was John Nelson Darby?

Our academy is proudly named after John Nelson Darby.

Born in 1800, John Nelson Darby was trained, first, as a lawyer but later became a Clergyman in the Church of Ireland. However, after falling off a horse, he spent many hours in Bible study as he recovered. It was during this time that he became convinced that the Kingdom of God was a future kingdom and was not (as it was taught in the Church of Ireland) the church itself. Recognizing that his beliefs were in conflict with his church, he resigned from his position. Later, he joined several others and established what became known as the Plymouth Brethren. 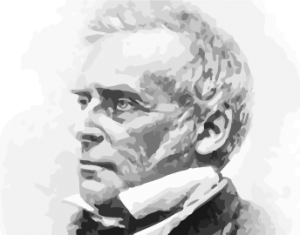 Darby was tremendously well educated in the classical system, and thus, was an expert in language, reason, and rhetoric. He used his skills to translate the Bible from Hebrew and Greek into several languages, each of which he knew well enough to perform the task with skill. He was also a voracious writer. After his death in 1882, a collection of his written works was compiled and published, filling a total of 34 volumes.

Darby is most well known as the “Father of Dispensationalism.” Though this title is not completely accurate (the principles of dispensational theology existed long before Darby), he is the one that is credited with popularizing dispensationalism in the modern world.

Our academy is named in memory of John Nelson Darby because of his example in scholarship, literal interpretation of the Bible, courage of conviction, and enduring evidence. It is our prayer that the students of JND will carry on his work with the same skill and enduring results.